Heatsink assembly for the inverter


Here you see the heatsink assembly. It has 120V coming in, then going to a slider switch. Nothing comes up until the switch (seen on top of heatsink) is turned on. This switch will be actuated by the commutator handle when it comes into a middle position between DCEN and DCEP (see pictures of my welder). Then, the only thing that runs directly off the switch is a 0.2 amp Rexnord fan. The rest is powered through a thermal NC switch mounted on top of heatsink. The idea is that if the assembly overheats, the gate driver circuit would shut down, but the fan would continue to operate.

I already put together a snubber circuit. You see it in the last picture. It will be a RCD snubber. Note that there is also a antiparallel connection of the diode designed to prevent undershoot of voltage into negative territory. 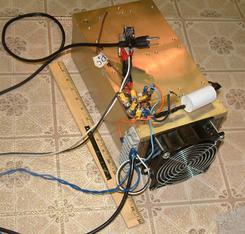 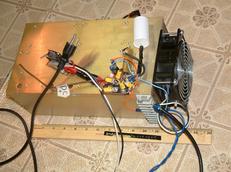 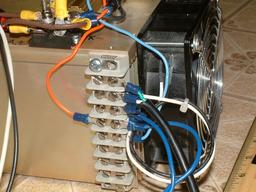 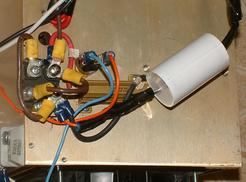 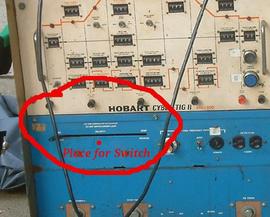